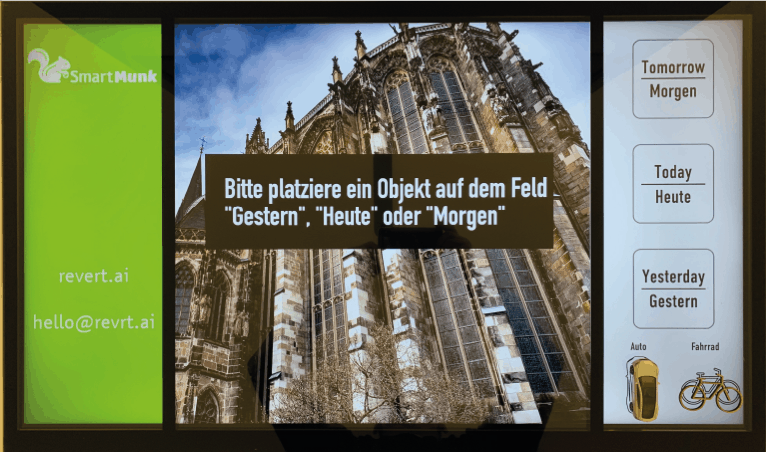 How do we want to live in the future? How should our daily journeys be designed, our cities planned and our vehicles constructed? Anyone who deals with these issues – in business and politics – is well advised to involve the citizen. Just as in the business environment, in which we have been asking customers about their needs for more than two decades, we also focus our attention on the question of how citizens can be involved in the planning of infrastructure within the framework of citizen participation.

It is above all the cities that are on the move. Not only because the rural exodus of recent years has led to an increasing number of people living in urban areas, but also because they are facing challenges in terms of mobility and sustainability. Traffic flows cannot be scaled infinitely, they must be planned according to demand. In concrete terms, a city’s quality of life is measured by its air quality.

Digitalization offers special opportunities – for example, traffic flows can be measured using sensors, and be optimized at the same time. Cyclists can be given automatic right of way, and public transport no longer has to be run by line and on a fixed schedule, but with autonomous vehicles, as required. But what does the city dweller want? Citizen participation has long been more than just a buzzword. Cities are called upon to listen to their citizens and respond to their wishes and needs.

We consciously go one step further: We proactively invite citizens to become part of the planning process. Thanks to their active cooperation, their experience and their concrete suggestions, planners and decision-makers from administration and politics are provided with a sound basis for decision-making in areas such as housing, mobility and shopping.

On living maps, citizens can design the city of the future on the digital planning table revrt.ai, which we evaluate with VisualConceptMapping.

Playfully intuitive from information and interaction to planning

And what does that look like in concrete terms? In the video we show you an application example for cycling in Aachen. In a specially equipped citizens’ laboratory, the people of Aachen were able to play through various scenarios and express their wishes and criticisms. Best of all, a scenario could be realised from their suggestions and ideas just a few weeks after the Citizens’ Laboratory had been carried out. The commitment of the city and its citizens has therefore paid off, and their wish for a traffic-calmed zone at the Aachen Theatre has become a reality.

With the digital planning table, a human-centered innovation design and the gaining of user acceptance for future decisions is feasible – a co-creative approach that we in Aachen are pursuing vigorously!